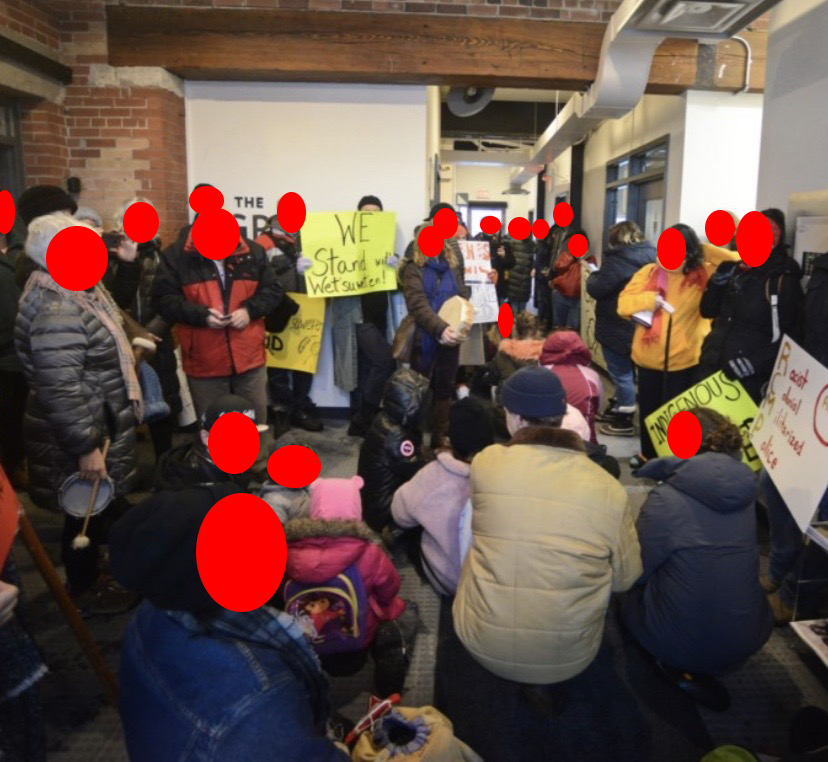 On February 18th, around 60 community members in “Guelph” marched through downtown in solidarity with members of the Wet’suwet’en nation defending their unceded traditional land from the RCMP and LNG, who for the past several years have attempted to build the Coastal Gas Link (CGL) pipeline across it. The march began in St. George’s Square, where the local branches of many of the banks funding the colonial pipeline project are situated, with loud chants and drums disrupting their business. Although the protesters did not occupy the banks, the managers and police officers present there were on high alert and rushed to lock the protesters out when they heard them approaching. Organizers delivered a short speech outside of each branch, highlighting the role of these institutions of Canadian finance capital in funding the CGL pipeline project and the consequential violence towards Indigenous land defenders by the RCMP, who represent the interests of these same banks. Organizers also called out the racist remarks and insensitivity of the branch’s managers when dealing with the militants who carried out an occupation of the Royal Bank of Canada (RBC) branch last month. 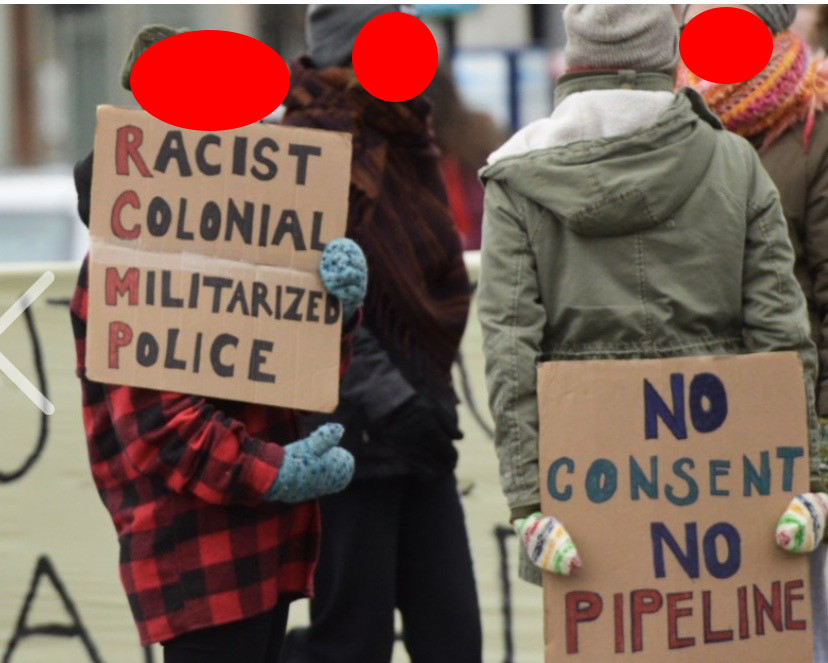 The march ended at the office of Lloyd Longfield, the Liberal MP for Guelph, who – fortunately for him – wasn’t present to witness the large number of community members occupying the building and holding the space for around an hour. The occupation was followed by a press release in support of Wet’suwet’en given by an Indigenous veteran of the Oka Crisis, Joanne Schuller, just outside Longfield’s office, while protesters rallied around her and held up solidarity signs. The speech recalled the horrific and ongoing colonial violence Indigenous peoples continue to experience at the hands of the capitalist Canadian State, such as the unjust prison system and the unresolved cases of missing and murdered Indigenous women. She spoke of the historic role of organized crime in pipeline construction and the creation of “man camps” typically involved in this process in harming Indigenous communities and especially women and girls was highlighted, contradicting the lies the capitalists repeat about “local job opportunities” supposedly created by the pipeline. 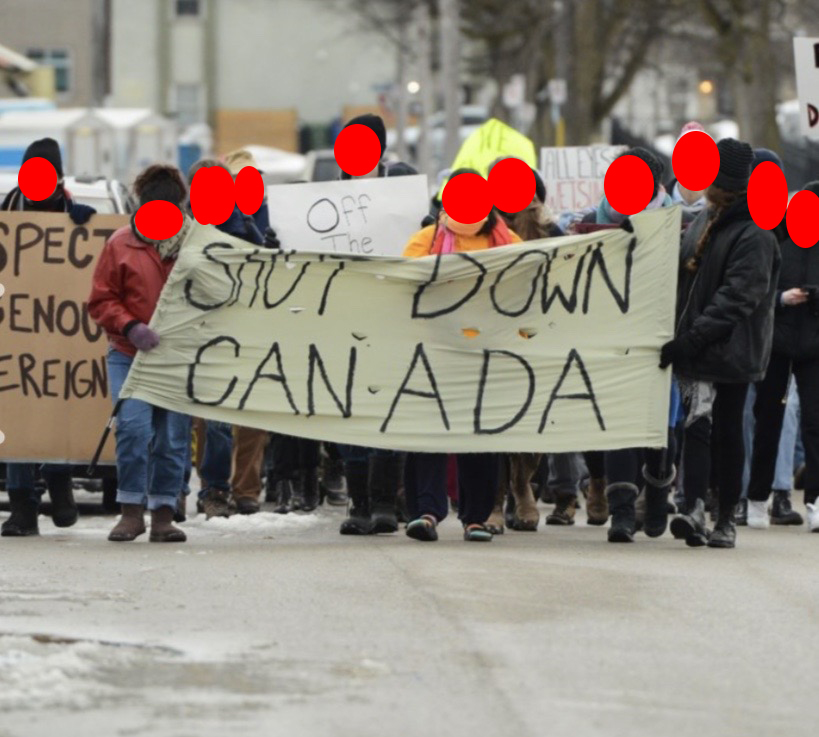 Although it is worth criticizing the liberal direction of the march given to it by some of its organizers, whose strategy consisted of petitioning bourgeois MPs and banks to “reconsider” their support for the project and who encouraged pacifism, the march was nonetheless impactful and disruptive, following a recent trend of Wet’suwet’en solidarity rallies moving beyond the level of militancy typically seen in Guelph. The heavy police presence was a reminder that these institutions are afraid that growing calls to “shut down Canada” will negatively affect their business, and that the collective mobilization of the people, especially seen in the form of ongoing rail blockades across the country, is the only meaningful threat to the rule of the Canadian capitalist class and to its settler-colonial policies. However, it is ultimately only People’s War, led by the most class-conscious section of the proletariat organized in the form of the Revolutionary Communist Party, that can win the full right to self-determination for Indigenous nations by overthrowing Canadian imperialism and abolishing the exploitation of nations by others in the interests of finance capital. As such, the best way to support the Wet’suwet’en people against all present and future injustices by the Canadian state is not only to participate in economic disruptions, but to clearly raise the issue of the right of nations to self-determination in the midst of the ongoing struggle, and to contribute to the movement to build the Party and prepare the People’s War in Canada.

One thought on “GUELPH: Disruption of Banks and Politicians over Invasion of Wet’suwet’en Land”