By Johnathon Recently there has been a fake propaganda poll making the rounds that claim 94% of Quebecers agree with Francois Legault’s handling of the Coronavirus crisis. While we should be skeptical of the poll’s dubious and unrepresentative methodology, the fact that even one person thinks the government is properly handing this crisis is concerning. … END_OF_DOCUMENT_TOKEN_TO_BE_REPLACED

By Alexis J. As the COVID-19 crisis worsens large sections of the Candian proletariat are feeling the brunt of the pandemic. In the midst of a failed healthcare system and an absence of any meaningful relief plan, mass working-class organizations are being forged. All over the country, mutual aid programs that help provide supplies and … END_OF_DOCUMENT_TOKEN_TO_BE_REPLACED 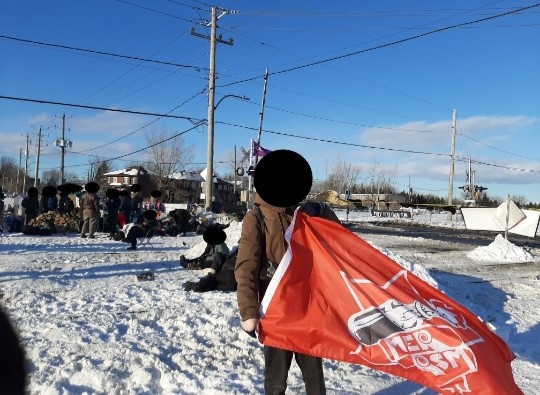 By: Jonathan, a supporter of MER-RSM Concordia At about 10 o'clock on February 21st, the blockade in the suburbs on the South Shore of Montreal came to an end. The revolutionary masses,sustained the blockade over three days, stopping rail traffic. The blockade was supported by comrades from the RSM-Concordia and their supporters since the beginning … END_OF_DOCUMENT_TOKEN_TO_BE_REPLACED